Out Of The Shadow Of Resentment 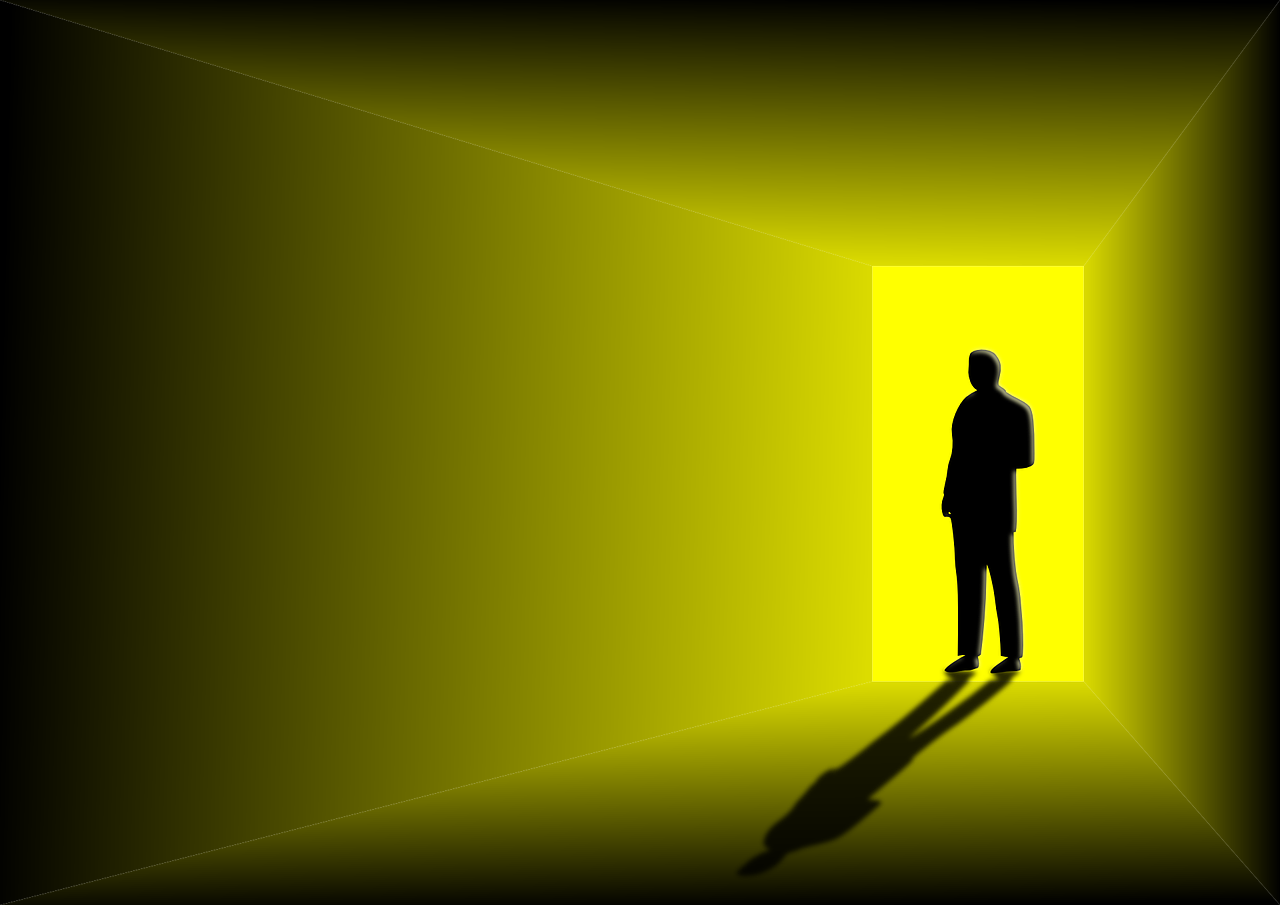 Once upon a time there was a little boy, born into a typical middle-class family, who had an older brother.

The brother was three and a half years older than the little boy. The older brother was a good boy: quick-to-learn, healthy, quiet, unassuming, attentive and well behaved.

The younger brother had challenges from the start. He was sickly, requiring frequent visits to the doctor. He cried a lot.

As the younger brother grew his un-healthiness continued, with frequent throat and sinus infections, resulting in having his tonsils removed before the age of three.

Around the same time a younger sister was born and his grandmother died. It was a difficult time for the family.

He had trouble speaking. He had difficulty pronouncing his “R’s”, sounding like Elmer Fudd saying ‘Wascaly Wabbit’. He often stuttered. He was embarrassed and felt ashamed.

The boy had his tongue clipped to alleviate his speaking troubles.

His older brother entered school early and prospered. He was popular with the other students and with the teachers. He excelled in that environment.

When the younger brother was four another sister appeared in the family. The family was complete.

The younger brother liked to stay at home and play by himself. He convinced his parents that he didn’t need to go to kindergarten. He had few friends.

The younger brother cried as his mother left him for the first day of grade one. He’d never been to school before. He knew no one. He felt alone.

All the teachers asked him if he had an older brother. Oh how lucky they were to have the little brother in their class. The older brother was an excellent student.

The older brother excelled at school, winning numerous academic and sports awards. He had lots of friends. He was studious and a positive example for his siblings and cousins.

The younger brother was a good student and a good athlete, but not as good as his older brother.

The younger brother was often sick: allergies, throat and sinus infections plagued his childhood. He was a quiet somewhat sullen child, but prone to sudden outbursts of anger. His older brother never seemed to get angry.

The younger brother tended to ignore his younger sisters. Sometimes in fits of frustration he would lash out in anger at them or tease them.

In high school his older brother was an academic stand out and won male athlete of the year. The younger brother chose to go to a different high school where no one would know him.

The older brother had many pretty girl friends. One of them was an Olympic athlete.

The older brother went to university, following in their father’s footsteps in the field of accounting, becoming the first grandchild to attend university.

The younger brother won his share of awards over the years, but he never felt that he measured up, or that he deserved them.

During his early school years he learned to fit in with the different cliques – jocks, nerds, druggies. He liked girls. He could be both charming and a jerk. Most romances were short-lived.

He acted out: stealing, vandalizing and binge drinking, lying to hide what he was doing.

The younger brother met a popular girl in high school who was nice enough to go out with him. Everyone told him how lucky he was.

He worked manual labour for two years after high school unsure what he should do for a career.

He was worried that he might lose his girlfriend being as she was so popular. He was twenty years old when they married.

He went to a Technical College and received a diploma for a two-year program. It wasn’t university, but that was okay. It was enough.

The older brother excelled at his career, and over the years, his salary, responsibility and possessions grew. The younger brother couldn’t keep up.

The older brother was respected by the extended family and had many things in common with them. The younger brother did his best to fit in.

The older brother had two daughters, the second born with an illness. The younger brother felt bad for his older brother, but never told him.

The younger brother had his own family, the same number of children as his parents had. His job and family kept him focused on his own life. He was busy.

He watched from a distance as his older brother’s financial abundance continued while he seemed to struggle to save and provide for his family. Life could be unfair.

He silently criticized his older brother. He found fault with the way he fathered, the greed he believed his brother had with his mounting possessions and fortune.

He looked for cracks in his older brothers life: his work, marriage, the way his daughters behaved, anything that would help him feel better. He judged.

The younger brother ignored his own growing frustration and unhappiness.

The brothers saw each other once a year or so. They were polite and civil. Neither shared their inner feelings. Conversations were focused on family and career.

<br\>The younger brother had a health crisis. He quit drinking. He left his career job. His marriage of thirty years ended. He chose a simpler way of living. He focused on his health. He found a deep, loving and vulnerable connection with a woman who had become his best friend. He discovered hope.

The younger brother began to see the older brother in a different light. He put himself in his brother’s place, imagining what that life would have been like. He thought of the pressure of being the oldest, to succeed, of having to be the first in everything growing up, the expectations not to disappoint, of being the role model for a younger generation of siblings and cousins.

He tried to imagine the strain and challenges of having a child with a serious illness, unable to find a cure even with all the money that he made. The constant heart-wrenching care, time and tears, while still going to work every day to ensure your family was taken care of. How had his brother done it? How had he maintained his optimism? He had met each day with courage, discipline. perseverance, love and faith.

Then he thought of his older brother’s financial situation. His brother had worked hard, put in long hours, upgraded his skills and took risks by changing jobs.

The younger brother understood how his brother’s hard work paid off in the opportunities and experiences he gave his family. They were able to provide the best care possible for their daughter. They never put off family adventures or vacations.

Maybe there had been a gift in his niece’s illness – a gift to her family of living life to the fullest. They were respected by, and an inspiration to their community. Hundreds of people attended his niece’s Celebration Of Life.

Compassion and empathy overwhelmed the younger brother. He wished for his brother’s heart to be at peace and to find joy and happiness – whatever that meant for him.

An understanding came to the younger brother; what he believed about himself and his brother was nothing but a story. It was a story he had told himself to feel better.

Everyone has his or her own story.

Awareness and acceptance came to him. He had the capability to choose his perspectives and his beliefs.

The younger brother chose to believe that he was important. He mattered. He was deserving of self-love and self-respect, as was his older brother

He stopped comparing himself to his older brother. He chose to be grateful for all the experiences in his life, and for the men that he and his brother had become.

He let go of the resentment which had weighed on him and shaped his perspectives. He stepped out of the shadow that was there of his own making.

It was never his brother’s shadow at all.

I am sorry.
Please forgive me.
I love you.
Thank you.