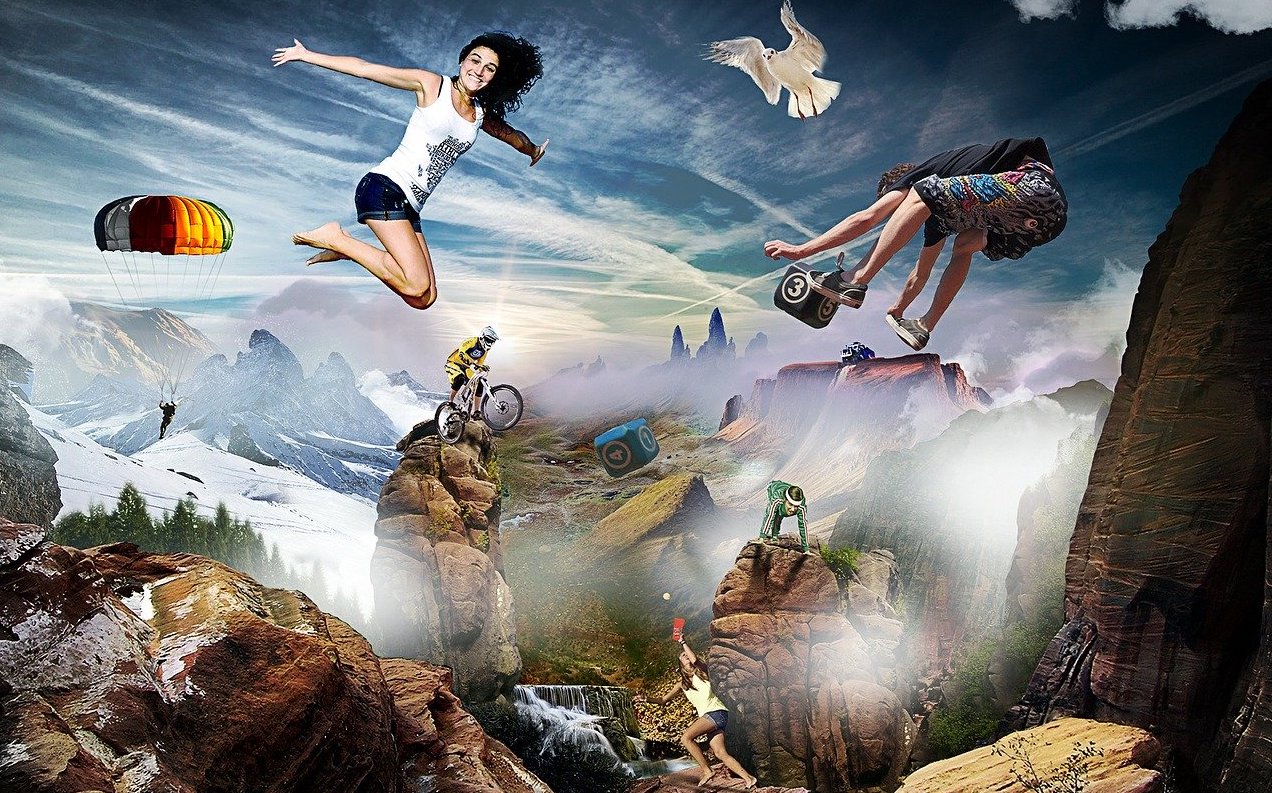 Welcome to Part Eleven in the series of Practical Tools for Improving Your Mental and Emotional Well-Being.

After the first ten articles, you have a variety of tools to support your mental and emotional well-being. Learning the tools and then taking initial action is the easiest part of the change. The difficult part is continuing the momentum.

This article is focused on Maintaining Your Motivation.

One idea is that it takes motivation to inspire action. My experience is that sometimes the opposite is the case. Taking action results in increased motivation. However, they work in unison. Results are achieved when action and motivation work together.

Those advantages of change “paint the picture” of your vision.

However, vision without action is just dreaming. Action without vision is like running around in circles. Most people have a vision (e.g. New Year’s Resolutions). Where we falter is not carrying through with consistent action.

We’ll go through each of the three common reasons why change fails, and what you can do to diminish the probability of it happening to you.

Let’s use an example to address the different causes of failure.

At 50 years old, Bob’s vision is to run a marathon. It has been on his bucket list for years. His goal is to be ready in six months. However, he has not run in over twenty years, and after three months of running a maximum of 5KM at one time, and incurring multiple setbacks due to injuries, he quits.

Bob did not do his research.

One source describes the main elements of marathon training as:

Bob did not identify realistic goals, ones that build upon each other. Short-term goals build toward medium-term goals which lead to long-term goals – building blocks towards the vision. 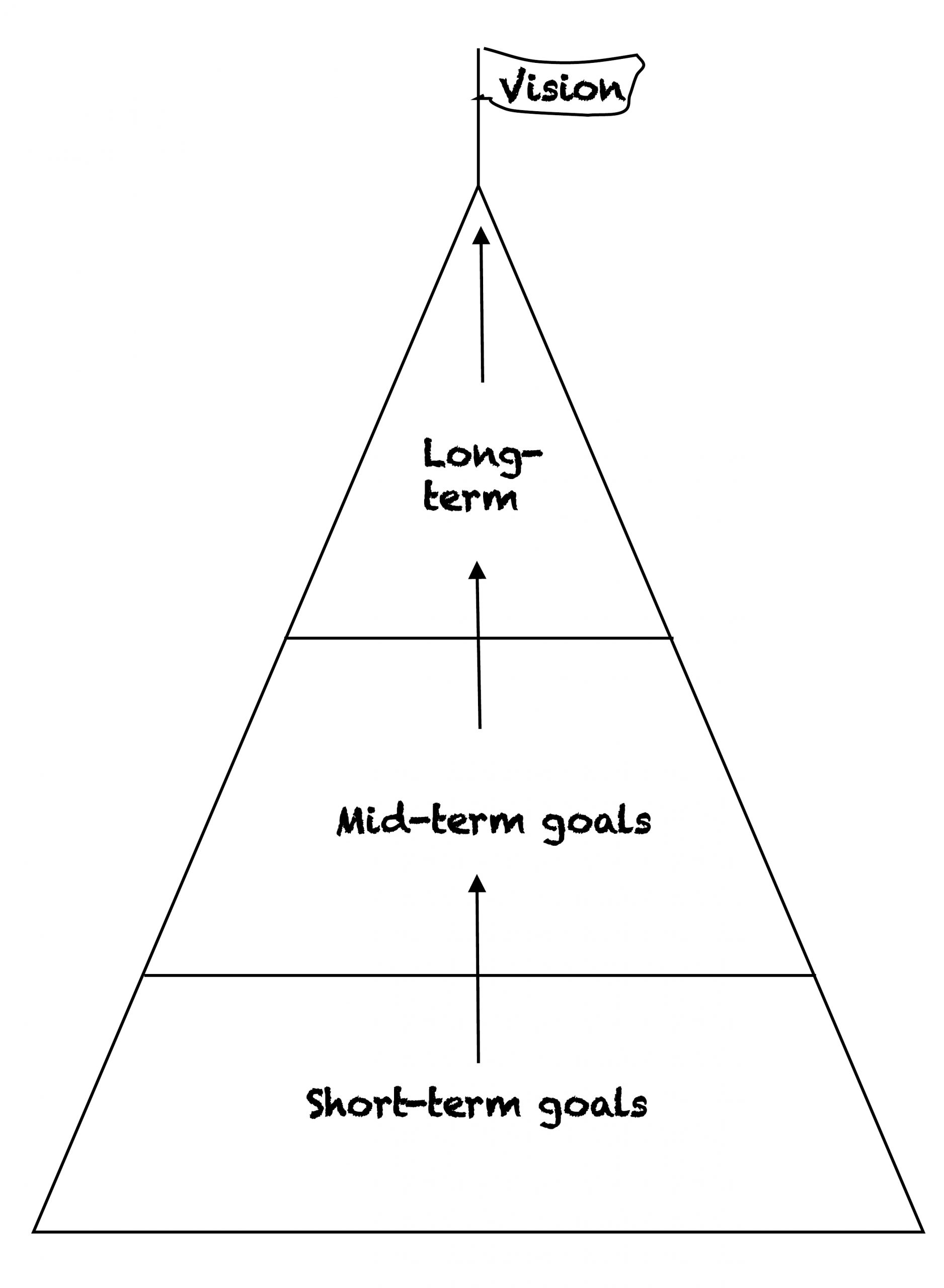 And Bob could have made SMART goals – short, mid, and long-term.

Bob only thought of one way to get to his vision. He did not take into account his age and probability of injury, and how long it might take to get into marathon shape. Instead of being flexible with the desired date and plan to accomplish his goal, he quit when his one and only plan did not work. Life happens. Adjust. Be ready with Plan B and C. Change the plan, not the vision.

Bob wanted to run a marathon in his timeline. He was not prepared for the uncomfortable reality (time and effort) of what it takes to prepare for something of the magnitude of running a marathon. The ongoing challenges kept chipping away at his motivation.

Bob forgot to recognize the achievements he made along the way. Celebrating small successes (short-term goals) can boost motivation. He was focused on the end result and the feeling that comes with the instant gratification of end result success. The reality is that most visions of note take considerable time and effort to achieve. Wanting instant success is a sure-fire way to douse motivation.

Bob also did this on his own. He did not have supportive resources that could have provided him with tried and tested approaches: running mates (accountability and companionship), experts, doctors, physiotherapists, running groups, etc. These resources would have supported him when his motivation waned and helped him manage his expectations.

‘If you change nothing, nothing changes.’

All humans are creatures of habit: how we brush our teeth, get dressed, have a shower, get to work, cope with stress, and our patterns of thought.

It is not enough to want to change behavior. You need to take action by interrupting the habitual pattern and replacing it with a new one.

Think of your habitual patterns as systems. In a car factory, the systems to build a car are highly repeatable and predictable. They must be. To build a variation of a car, the system must be changed to create a different result.

It is no different for you. You must change your systems of behaving to create a different outcome.

One of the major challenges with change is knowing which existing patterns of behavior must be adjusted or dropped to allow new ones to be developed.

Back in Part 4 of the series (Choosing Authenticity and Living Your Priorities), you came to understand your highest and lowest priorities. If you are to embark on implementing a “system change”, you’ll need to carve out time and effort for your highest priorities. Unless you have ample free time, something else will have to go. Review low priority items and cut something out from there. Examples: TV, surfing the Internet, nightly drinking.

You will need to decide how important the change is to you. Let go of, or minimize, what is not important and focus on what is.

Nate is going to travel to Latin America and Spain for vacations over the next few years. He wants to be able to speak Spanish. He signs up for in-person classes on Saturday mornings for eight weeks. He decides that in-person classes are more important than his regular routine of lying in bed till noon and reading the newspaper. He also purchases a podcast version of learning Spanish so he can listen to it as he works out at the gym (instead of music) and when he commutes to and from work (instead of listening to the news). When he has completed the in-person training, he plans on joining a Saturday morning group to practice conversational Spanish.

Nate changed two of his systems: his Saturday morning routine and what he listened to while working out and commuting. He made choices based on new priorities and a new desired outcome – his vision of speaking Spanish.

Once you’ve decided on a change – whether it is your way of being or doing –  build a plan that minimizes the risk of failure, and increases the likelihood of success. Having a clear vision with flexible, yet well-thought-out goals (change the strategy, not the vision), will help you build and maintain your motivation.

Here is the link to Part 12 in this series: Tools for In-the-Moment.

For a free copy of a comprehensive PDF workbook on these tools and concepts, send me an email at [email protected].

I look forward to your comments and feedback.

For more techniques and tools for your mental and emotional well-being, check out my unique and engaging self-improvement novel, The Shift Squad