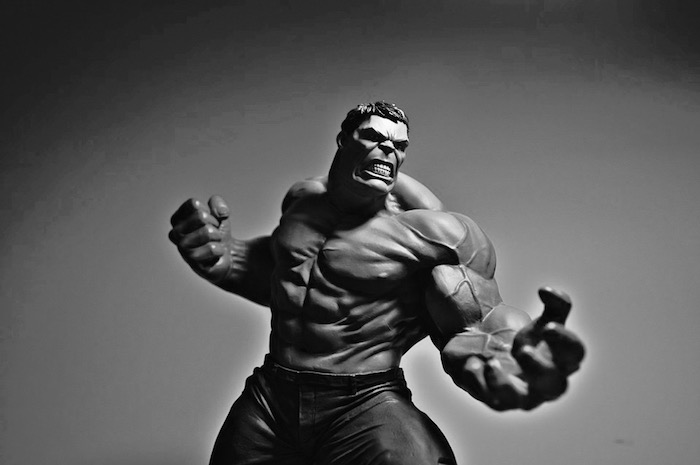 Anger was my enemy. I would battle it, suppress it, and then I would lose control and it would explode creating carnage in its wake.

I grew up not knowing how to express my feelings of frustration, anxiety, hurt, and disappointment. I avoided confrontation and did my best to please others. My frustrated emotional state would build until the volcano erupted.

I would berate myself after my anger spewed over the edge. I told myself I was weak-willed and unable to control my outbursts.

The damage that was caused in the wake of my anger was appalling. I cast words like stones, hurting those closest to me. Regret, admonishment, guilt and shame would be my unrelenting companions.

Yet there was a part of me that felt justified for my anger. I believed I was: standing up for myself, self-confident and strong. That was how a man responded to something that he didn’t agree with. You either got angry or you backed down.

My belief about anger changed forever the day I discovered that I could use anger as a motivational tool.

I awoke one morning in April 2011 pissed off. I was pissed off at the world. In reality I knew that anger was towards my self.

The night before I had once again given into drinking. I had been battling with my alcohol dependency for months unable to ‘slay my demon’.

Anger was the fuel. I harnessed that energy. I drew up a plan of action for the next 90 days of my recovery. I would use the tools I had been taught. I would seek out those who supported my recovery and help keep me accountable. I was determined to follow through with my plan. It was time for me to kick my own butt. I wasn’t going down without a fight. I was furious that I had let it come to this.

Five years ago that anger was the motivation I needed for the first 90 days of my recovery. When ever I felt that I was on the brink on giving in and having ‘one’, I would let that anger and frustration resurface.

A by-product of my decision was a confidence and self-empowerment I had rarely experienced. I accepted that I was responsible for my own health and well being.

Anger gave rise to the courage I needed to fight the most difficult battle of my life.

Today I use the words ‘righteous indignation’ instead of anger. I associate anger with being out of control and unreasonable. Whereas being righteously indignant gives me a sense of empowerment, permission to be passionate, assertive, yet in control.

I recognize that I experience righteous indignation for a reason. I use that understanding today to ask myself these questions:

Asking myself these questions reduces the chance that my righteous indignation will build to active-volcano-anger status. I’m not always successful in subduing the volcano, but that is part of my process. I learn from the experience and get better.

I embrace feeling righteously indignant. When I sense it, I take time to reflect on what the feelings of frustration, despair, sadness or discontentment are telling me.

If anger is an issue in your life, I encourage you to look at it as a friend instead of an enemy. Take a look at what it’s telling you. Use it as motivation and to be inspired.

You can use anger as a catalyst for creating positive change in your life.