A Tropical Island, A Machete, A Man And His Masculinity 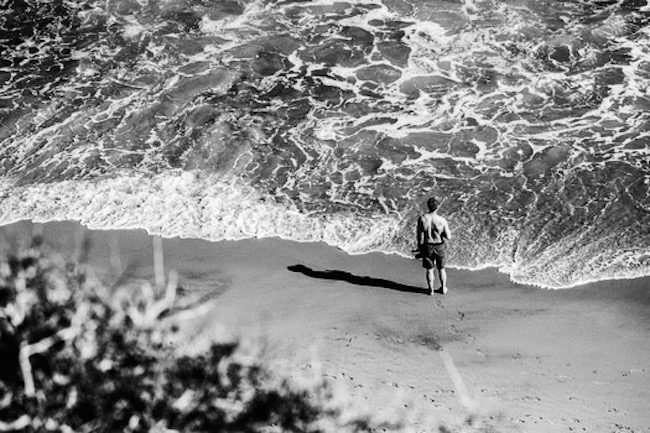 The machete felt good in my hand. I was surprised the feeling was so natural.

I was born, raised, and worked a corporate career in a Canadian city. I was a typical city slicker.

I was never considered a tough kid growing up. I was short and slight for my age and often compared myself to other boys who were taller and stronger. I was constantly trying to prove myself through academics and athletics where I could.

I joined with other guys in stealing and vandalizing…

I joined with other guys in stealing and vandalizing, and often I was the instigator. It helped me be accepted as reckless, seemingly tough and a risk taker.

During my teens I had a job at a grocery store stocking shelves on delivery nights. I was the smallest guy on the crew, needing a stepping stool to get to the higher shelves. I wasn’t strong enough to load as many boxes as my co-workers on my trolley or to work as fast as them stocking the shelves. I felt inadequate.

After high school I worked for a year as a labourer for bricklayers. It was physically challenging work. I did well considering my stature, but I through out my back.That taught me that I wasn’t man enough for manual labor so I enrolled in a Technology school to become a computer programmer.

There were times I was made fun of for showing what is typically considered feminine feelings and emotions. I would do my best to hide my tears when watching a movie or reading/hearing a story that was sad or touched a place deep inside me.

I avoided confrontation. The bullies noticed and took special interest in me. I was never in a fight, choosing avoidance or running.

I didn’t engage well in the typical guy conversations—putting down other guys or talking about their wives and girlfriends. I felt awkward when I did try to be involved, and felt I didn’t belong in the man-club. The only topic of conversation that was comfortable for me was sports.

Many guys I knew had ‘manly’ jobs. They were electricians, firemen, and mechanics. I was a corporate guy working at a computer in an office building sitting on my butt all day.

To add to my manly challenges, I wasn’t handy with tools. I would curse in frustration trying to put something together or fix something that was broken. Friend’s wives would talk about how handy their husbands were around the house. Whereas my ex-wife would talk about how I helped around the house—cleaning and cooking. I felt ashamed for my inability to do what I considered were normal manly tasks.

I felt ashamed for my inability to do what I considered were normal manly tasks.

I was uncomfortable in my masculinity. I felt like an outcast in the world of men.

Living off-grid on an island in Fiji gave me a new perspective.

I had quit my career job eighteen months earlier. My new partner and I had been traveling and investigating what might be next in our lives. We were in Costa Rica when an opportunity presented itself to live on Koro Island in Fiji for a few months. It sounded like the adventure of a lifetime, so we went without hesitation.

We arrived after a gruelling three days of travel. Koro can only be reached by single-prop plane or by an eight-hour ferry ride from the Fijian mainland.

It is a rugged mountainous piece of land, covered in lush green vegetation. It is 10 miles long and 4 miles wide. There are few roads and fewer vehicles. The roads were rocky, filled with holes, dusty, and occasionally closed due to mudslides and fallen trees. There were a number of villages on the island, all spread out along the coastline.

The ex-pat village we lived in was up in the hills. All the homes there were off-grid, with water catchment, solar and propane. It was mid-summer there, hot and humid. There was no TV, few groceries in the local stores, and very spotty cell phone coverage. Trash was either buried or burned.

Most of our food was shipped over on the ferry. The quality of fresh food was questionable after an eight-hour ferry ride without air conditioning. Often we had to bury spoiled fruits, vegetables and meat.

We had a young garden to tend, and there were plenty of coconuts, bananas and papayas, and other fruit to harvest.

There was something basic and primitive about the island that called to me. I felt alive, perhaps because it was so different than anything I had experienced. And it was challenging to live there: rugged terrain, isolation, and the reality of having to grow and harvest a considerable amount of our food.

There was something basic and primitive about the island that called to me.

Wielding a machete for the first time added to the feeling of truly being alive.

It felt natural and comfortable in my hand. I had no reservations using it. The machete resonated with my basic instincts. I felt alive, primitive, useful, and masculine.

I honed the machete edges using a sharpening stone. The sharper it was the more effective it was, but also more dangerous. I needed to be aware of my every swing. That potential added to my feeling of bravado.

I was opening up coconuts and hacking down banana trees to harvest the bunches. My partner and I created an ad-hoc pole and saw blade tool to cut down papayas that were out of reach by hand. We were adaptable in ways we never knew.

What a change—from a corporate executive in a tie, sitting in meetings all day, to wielding a machete on a tropical island.

The confidence in myself grew with every swing.

Three years later I still have moments when I doubt my masculinity in the world of so many pre-conceived ideas of what is manly and what isn’t. I do my best to minimize those thoughts.

When I’m troubled with those thought, I take a moment to remember the feeling I had of that machete in my hand, a controlled swing, and the sound of it cutting through the air—another coconut opened, another rack of bananas harvested.